What Happened to Our Integrity? 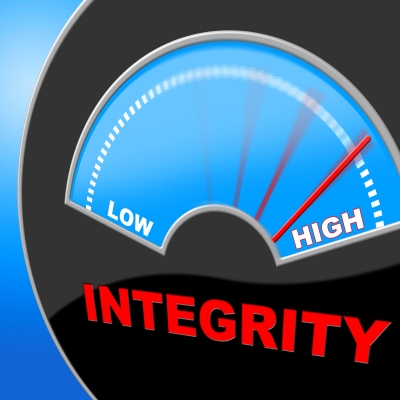 In this pre-Super Bowl week, our attention turns to Coach Bill Belichick and Quarterback Tom Brady of the New England Patriots and their deflated balls. How is this a debate? I heard a guy say, “The Patriots beat the Colts so bad in the AFC Championship game; it really didn’t matter if the footballs were under inflated”. Really? That is his defense? That is like saying, the bank robber failed to get any money at his bank robbery attempt so he should not be charged with robbing the bank. Cheating only matters when it affects the outcome of the game? Since when is cheating at any degree acceptable? It should be an admission that the cheater is inferior and needs to cheat in order to over the lack of skill and knowledge to succeed or win. What happened to our integrity?

The dictionary defines integrity as adherence to moral and ethical principles; soundness of moral character, honesty. I believe integrity is doing the right thing when no one else is looking. Has winning become so important that integrity goes out the window? I am not just picking on the New England Patriots or even the NFL; I am talking about our society as a whole. Let’s even forget about sports and cheating. There was a time when the truth mattered and it was more important than winning or success. What happened?

We have politicians that make speeches that are recorded, get caught in a lie and the media covers the lie up. We have an ex-football star stab two people to death with DNA evidence set free.  We have over 7.2 million married couples with secret bank accounts, so their spouse won’t know about their secret spending.  We can’t seem to figure out how to stop a 50% divorce rate. According to a Stanford University study, in 1940 20% of college students admitted to cheating versus today 98% of students admit to cheating.  This means only 2% of our next generation of college grads are going to be honest. These are only the statistics from the people that admit cheating or the ones that get caught. What happened to our integrity?

I am aware “Leave It to Beaver” is not a reality, but where does this end? We now have politicians not leaders, we have commentators not news reporters, we have Wall Street corporate raiders that pay off judges allowed to prosper immorally and trusted officials teaching our children that molest them. We seem to rewrite our history in order to form our agendas versus just telling the truth. Bad is good and good is bad. Maybe the book 1984 was just 30 years too soon. We use political correctness to change the meaning of our words and history to suit an agenda. As George Orwell was quoted “it’s a beautiful thing, the destruction of words”. Saying something bad or using an offensive word carriers a stronger sentence than an act of murder.

I realize there are still a whole lot of honest people today, but it does seem harder to find them than back when I was a kid. Just remember doing the right thing with friends, family and clients will never go out of style. Success and winning is the ultimate goal, but not at any cost, certainly not at a cost of lacking integrity. Sorry for my rant, but enough is enough.

“Until they became conscious they will never rebel, and until after they have rebelled they cannot become conscious.”—George Orwell 1984

48 Responses to What Happened to Our Integrity?