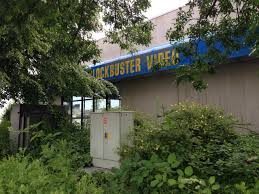 Just like the dinosaurs with time everything becomes extinct. Business and business practices evolve just like everything else. There was a time when the country was peppered with pay phones and Blockbuster Video stores and soon the health insurance agent will join them as being extinct. I wrote a blog back January 26, 2014 about Obamacare being the end of the health insurance agent. By the comments, you can read there was a lot of disagreement. Let’s look at these business models and their fate.

The pay phone was an American staple of communication dating back to the installation of the first pay phone back in 1889. Pay phones were a necessity for the next 100 years peaking in 1995 to 2.6 million pay phones in the US alone. The advance of technology and pagers or “beepers” that made a person seek a telephone to return a call fueled their fire. However as technology continued to advance with cell phones and now smart phones, the need for a pay phone has greatly diminished. There are now estimated less than 450,000 pay phones left in the US and those seem to be in more rural areas where cell service may be limited or people can’t afford a cell phone. Most people would agree the pay phone is all but extinct and soon will be.

In 1985 a new type of business model came on the scene to take advantage of the video home movie craze called Blockbuster Video. By 1993, Blockbuster had grew to an explosive 3,400 stores nationally. But ignoring the signs of progress in 1999 with the surge of the internet, this model too would soon meet its fate. The internet allowed new technology and new business models of Netflix and Redbox lead to their bankruptcy and demise of Blockbuster in 2009. Even though the warning signs were there with evolution that Blockbuster needed to change, they soon became extinct like a dinosaur. Lack of vision destroys more businesses than anything else.

“He who refuses to learn deserves extinction”. —Rabbi Hillel

Tim Wilhoit is owner/principal of Your Friend 4 Life Insurance Agency in Nashville, TN. He is a family man, father of 3, grandfather of 1, entrepreneur, insurance agent, life insurance broker, employee benefit specialist, salesman, sales trainer, recruiter, public speaker, blogger, author and team leader with over 29 years of experience in sales and marketing in the insurance and beverage industries.