Ready or Not Here I Come Retirement 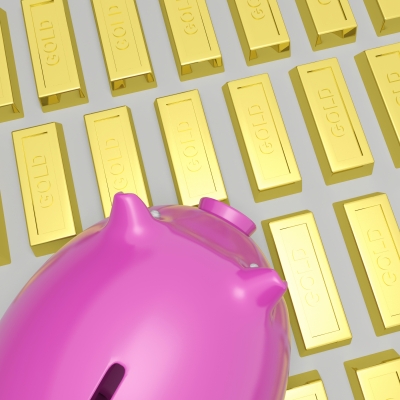 Does that statement get you excited or make your stomach turn? Are you preparing for your golden years or just ignoring them as if you are never going to get old? Whether you are ready or not, the day of your retirement is coming. For some of us, retirement is coming sooner rather than later. Or do you really plan to work until the day you die? If you are not saving for retirement, that is your plan, like it or not.

I find it interesting in our modern era of crisis such as Obamacare for lack of health insurance, global warming for using up our planets resources or our growing national debt which has now surpassed $16.8 trillion, no one sees individual retirement savings as one of these crisis. Each American individually owes over $188,000 towards the debt, but that is no big deal. According to the Employee Benefit Research Institute or EBRI 33% of working Americans have not started a retirement account? That 50% have managed to save only $2,000 for their retirement. And 66% of working Americans have less than $50,000 saved in their retirement accounts. Do we really think that day won’t come?

We seem to worry about our planet may warm up to destruction in a few hundred years, that no one alive today we actually ever see. We are stressed that everyone doesn’t have heath insurance even though lots of people die without ever getting sick. These are in crisis mode, but retirement, oh who cares. It is not like we are all going to get too old to work someday. Do you really think our debt saddled country will save us with Social Security? Let’s take a look at those numbers.

Our Social Security is in trouble according to an article just released in USA Today and the Associated Press. Changes released by the trustees reveal exhaust its reserves in 2016, two years ahead of schedule. With the Baby Boomers turning age 65 at a rate of 4 million per year for 18 years, the Social Security fund will be completely exhausted by 2036. If the funds are combined, it will exhaust three years earlier in 2033. How about our Medicare funds? In 2011, there were 48.7 million people on Medicare. It is increasing at a rate of 100,000 people per month until it slows down in 2028. According to Fidelity Security quoted in the article, the average retiree will need to save an additional $240,000 for the shortfalls of Medicare starting in 2012 and that will increase 4% to 6% per year. This is our REAL crisis.

What are people going to do? First, we must live within our means. Pay off our debts; stop borrowing money for every little thing. Second, we must become habitual savers. Most Americans think that it takes large sums of money to start a retirement. This is a myth fabricated by Wall Street. It just simply takes a system of discipline to  pay yourself first. Albert Einstein was quoted as stating “the most powerful force in the universe is compounding interest”. By systematically saving just a few dollars per day and receiving a decent interest rate of return, one can have a decent if not comfortable retirement.

Let’s look at a quick example of compounding interest. If a 35 year old man simply saves $1,000 per year, which is only $2.74 per day. Let’s use a long term example of averaging 8% interest in a tax deferred annuity for 30 years. He will contribute in that time period $122,346. However, with time and compounding interest he will have successfully saved $837,883 at age 65. If he just simply didn’t touch it until age 70 the account would be worth $1,231,124. So, the next time you reach for $2.74 to buy a cup of coffee or an energy drink, please think someday you will need to retire. Building your nest egg doesn’t take a lot of money just a simple system. Whether or not you have a comfortable retirement or a miserable one is up to you today.

“Retirement is like a long vacation in Las Vegas. The goal is to enjoy it the fullest, but not so fully that you run out of money”.—Jonathan Clements

Tim Wilhoit is owner/principal of Your Friend 4 Life Insurance Agency in Nashville, TN. He is a family man, father of 3, entrepreneur, insurance agent, life insurance broker, salesman, sales trainer, recruiter, public speaker, blogger and team leader with over 26 years of experience in sales and marketing in the insurance and beverage industries.

9 Responses to Ready or Not Here I Come Retirement