What Are You Willing to Change for Success? 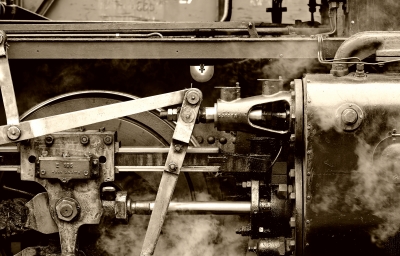 It is now 2016 and unless you have achieved the success you desire, what are you willing to change for success? It seems that history teaches us that change may need to be drastic or even painful. One of the most successful people in our history was Andrew Carnegie. Carnegie was a railroad and steel tycoon in the late 1800s to the early 1900s. He sold his steel and railroad companies in 1901 to JP Morgan for $480 million dollars making him the richest man in the world. To put this amount of money into today’s dollar value would be around $250 billion. This is more money than the top 4 richest men alive which have a combined net worth of $228.1 million. What did Andrew Carnegie change to become this successful?

Change for success can be expensive. In 1853 at the age of 18, Carnegie took a job with the Pennsylvania Railroad. He was promoted fast with the railroad even though he was just in his 20s. While riding the train one day, the locomotive stalled. Carnegie realized that the train was blocking the other trains from passing causing huge delays. Trains in this time period were the mode of transportation and shipping for people, goods, money and even the mail. Carnegie thinking that clearing the tracks was more important than repairing the train, did something beyond anyone’s belief. He set the train on fire and burned it up to clear the tracks. The Pennsylvania Railroad executives were outraged. But after meeting and calculating costs they soon realized Carnegie was right. It was more cost effective to burn the train and clear the tracks than to repair the train causing huge delays.

It is this kind of thinking that leads to change for success. Not playing it safe or doing it “the way it has always been done” mentality. Think about every business type today and the drastic change that has occurred in just the last two decades. Just 17 years ago, no one had ever thought of Google, Facebook or Uber, but today these three companies are worth over $690 billion. The internet and technology has changed our way of life. We do not buy things the same anymore. Therefore, we don’t sell our products and services the same anymore. There is a fast moving evolution in marketing, sales and manufacturing. Failure to change will just become failure.

“Every act you have ever performed since the day you were born was performed because you wanted something”.—Andrew Carnegie

Image by Dan at www.freedigitalphotos.net

Tim Wilhoit is owner/principal of Your Friend 4 Life Insurance Agency in Nashville, TN. He is a family man, father of 3, entrepreneur, insurance agent, life insurance broker, salesman, sales trainer, recruiter, public speaker, blogger, author and team leader with over 28 years of experience in sales and marketing in the insurance and beverage industries.

12 Responses to What Are You Willing to Change for Success?