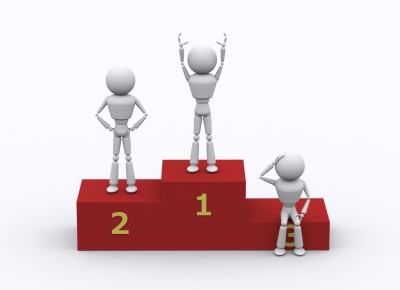 Webster’s dictionary defines perseverance as the act of persevering; persistence in anything undertaken; continued pursuit or prosecution of any business, or enterprise begun. I have always defined perseverance as simply never give up. Staying the course on goals and never seeing obstacles in our way.

As a small business owner and life insurance broker one must have a lot of virtues such as honesty, integrity, trustworthy, morals and prudence. One must also possess good habits such as discipline, punctuality, focus, insight, vision and positive attitude. But without perseverance, all these other virtues and habits will not keep one from failing.

Perseverance is putting blinders on like an old plow horse. You need tunnel vision to reach your goals and your dreams. Remember the road to the mansion on the hill goes through the city dump. The difference between failure and success is not paying any attention to the dump. ALL businesses run cycles. Meaning sometimes business is great and nothing can go wrong to derail this powerful train. Sometimes it appears that everything that can go wrong does go wrong. Quite simply, the business leader or insurance agency broker that is the most persistent to overcome those obstacles wins in the long run, perseverance. It is the difference in being an entrepreneur and a want-a-peneur. Do what ever it takes!

Take the story of Thomas Edison, when he was a young boy, his parents pulled him out of school after teacherscalled him stupid and unteachable. Edison spent his teenage years working and being fired from various jobs, culminating in his termination from a telegraph company at age 21. Despite these setbacks, Edison never deterred from his true passion, inventing. Throughout his career, Edison obtained 1,093 patents. And while many of these inventions — such as the light bulb, stock printer, phonograph and alkaline battery — were groundbreaking, even more of them were unsuccessful. Edison is famous for saying that genius is 1% inspiration and 99% perspiration.

One of Edison’s greatest stories of perseverance occurred after he was already wildly successful. After inventing the light bulb, Edison began a quest to find an inexpensive light bulb filament. At the time, ore was mined in the Midwest, and shipping costs were incredibly high. To combat this, Edison opened his own ore-mining plant in Ogdensburg, New Jersey. For roughly a decade, Edison devoted all his time and money to the plant. He also obtained 47 patents for inventions designed to make the plant run more smoothly. And after all of that, Edison’s project still failed thanks to the low quality ore on the East Coast.

But as it turned out, one of the aforementioned 47 inventions, a newly-designed crushing machine, revolutionized the cement industry and earned Edison back nearly all of the money he lost. In addition, Henry Ford would later credit Edison’s Ogdensburg project as the main inspiration for his Model T Ford assembly line, and many believe that Edison paved the way for modern-day industrial laboratories. Edison’s foray into ore-mining proves that dedication and commitment can pay off even in a losing venture.

Thomas Edison is the perfect example of reaching his dream through perseverance.Remember it is never about how hard you hit when you fall. But rather how far you bounce to get back up and keep on persevering.

“Failure is no more a permanent condition than success! For even if you succeed, there’s still another test.”–Gene Bedley

Image courtesy of suphakit73 at FreeDigitalPhotos.net

One Response to Perseverance