No One Gets Out Alive or Cheap 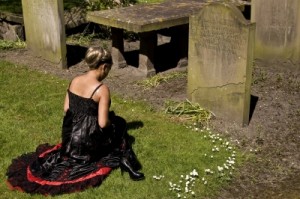 We have all heard the expression “no one gets out of here alive”, but have you ever looked at what it costs to die? I’m not talking about medical bills associated with death; I mean what it actually costs a person to die. Let’s explore the costs.

First one must choose how to be disposed of, sounds kind of morbid, huh? But it is a true statement. Most people will choose to have a funeral. According to the National Funeral Directors Association, NFDA, the average cost of a funeral is approximately $6,865.42 plus $1,000 burial for a total of $7,865.42. There inflation rate seems to be running at 2% per year. However, most grieving families will choose to add flowers, obituary notices, acknowledgement cards, burial liners or vaults and special transportation. A lot of families will spend closer to $10,000 for funeral costs. According to the Social Security Administration in 2010, the average wage earner in the U.S. earns $42,979.61. So funeral costs are about one fourth of a year’s pay. Certainly not chump change.

Second, let’s consider the “death tax”. That’s right; one must pay Uncle Sam to leave this earth as well. According to the Internal Revenue Service, beginning January 1, 2013, the estate tax is set to climb as high as 55%–amongst the highest in the world—with the exclusion rate dropping from its current $5 million down to $1 million. This will make 2013 a really bad year (not that there’s ever a good year for one to die) for small business owners, farmers and the wealthy to die. According to the Urban Institute and Brookings Institution’ Tax Policy Center, if the current death tax expires the number of filers will increase 13 fold. The number of households paying the additional death taxes will climb from 8,800 estates to over 52,000 estates.

One of the most cost effective ways in the market to deal with these “death” expenses thrust upon ones loved ones is good term life insurance. In all most every case proceeds paid to the beneficiary are income tax free. In most cases, depending on age, health status, face amount and term, the cost of a policy is about the same amount of our daily cup of coffee. According to LIMRA, 70% of American households admit they don’t have an adequate amount of life insurance. If you are one of the 70% please don’t burden your love ones with the financial burden of death. Contact a life insurance broker today.

“Our new constitution is now established, and has an appearance that promises permanency; but in this world nothing can be said to be certain, except death and taxes.”—Benjamin Franklin

3 Responses to No One Gets Out Alive or Cheap