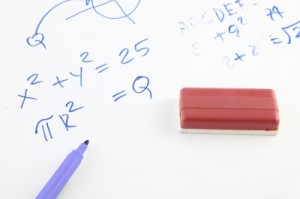 Math Equation: It is absolutely true that we become the sum of the top five people we are around the most. Actually in all aspects, if you look at the recent survey of voter exit polls, people who hang around liberals vote democrat and people that hang around conservatives vote republican. See if a person is subjected to only one side of an issue; it becomes their belief system as well. Take a look at the voters map in this last election. Every newsperson during election night coverage repeatedly stated “there were no surprises”. As a matter of fact, there are only a few states that split the vote called “swing states” the rest are predictable.  What does this mean for you?

When I was a teenager in high school I played varsity football and at the beginning of my senior year my choice in friends changed for whatever reason. I began to stray down a path that was not the path I was reared as a child to put it nicely. My football coach pulled me aside one day and as a football coach can so eloquently say “Wilhoit, son, when you play with poop (being nice), you will eventually get some on you.” Now as a young, very cocky, very big and strong 17 year old, that went in one ear and out the other. However, 33 years later, I still remember that meeting. It did make an impact on me as an adult. I now protect myself from negative people, broke people, sad people, and those who love them some drama.

Here is the important fact of this matter. You will earn the average income of the top five people you hang out with most often. Take an honest look at your top five people you spend the most time with and take a look at their earnings. If you are the highest paid, the group is riding off of you and will eventually pull you down to their level. Like it or not people do influence our thoughts and dreams until it becomes our beliefs. We can quite literally become whatever we want to be if we focus our thoughts towards our goals and not allow people to steal those dreams away because of their beliefs. Therefore, if you want to be better off with your income and your life, you have to pick better friends.

Image courtesy of Keerati at FreeDigitalPhotos.net