Can I Really Retire On Less Than $3 Per Day? 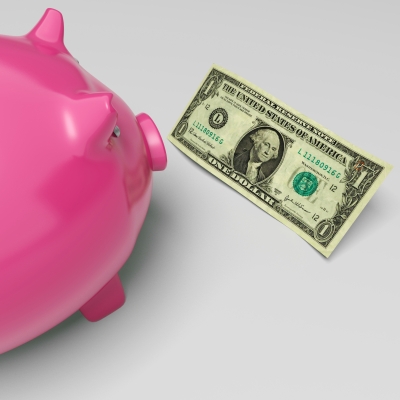 So, can we depend solely on Social Security? Not according to an article just released in USA Today and the Associated Press. Changes released by the trustees reveal exhaust its reserves in 2016, two years ahead of schedule. With the Baby Boomers turning age 65 at a rate of 4 million per year for 18 years that is 10,000 per second, the Social Security fund will be completely exhausted by 2036. If the funds are combined, it will exhaust three years earlier in 2033. In other words, more is paying out than is being paid in. Our government has raided to fund multiple times throughout the past 60 years, so the resrves are depleated.

Let’s look at the condition of Medicare. In 2011, there were 48.7 million people on Medicare. It is increasing at a rate of 100,000 people per month until it slows down in 2028 when all of the babyboomers are age 65 and older. According to Fidelity Security quoted in the article, the average retiree will need to save an additional $240,000 for the shortfalls of Medicare starting in 2012 and that will increase 4% to 6% per year. This will be in addtion to their retirement savings.

What can the average American do to avoid this disaster? First, we must live within our means. Pay off our debts; stop borrowing money for every little thing. Second, we must become habitual savers. Most Americans think that it takes large sums of money to start a retirement. This is a myth fabricated by Wall Street who only wants wealthy clients for big fees and commissions. It just simply takes a system of discipline to pay yourself first. Albert Einstein was quoted as stating “the most powerful force in the universe is compounding interest”. By systematically saving just a few dollars per day and receiving a decent interest rate of return, one can have a decent if not comfortable retirement.

Let’s look at a quick example of compounding interest. If a 35 year old man simply saves $1,000 per year, which is only $2.74 per day. Let’s use a long term example of averaging 8% interest in a tax deferred annuity for 30 years. He will contribute in that time period $122,346. However, with time and compounding interest he will have successfully saved $837,883 at age 65. If he just simply didn’t touch it until age 70 the account would be worth $1,231,124. So, the next time you reach for $2.74 to buy a cup of coffee or an energy drink, please think what you could really do for your own future. is the drink really worth it?

“To enjoy a long, comfortable retirement, save more today.”—Suze Orman